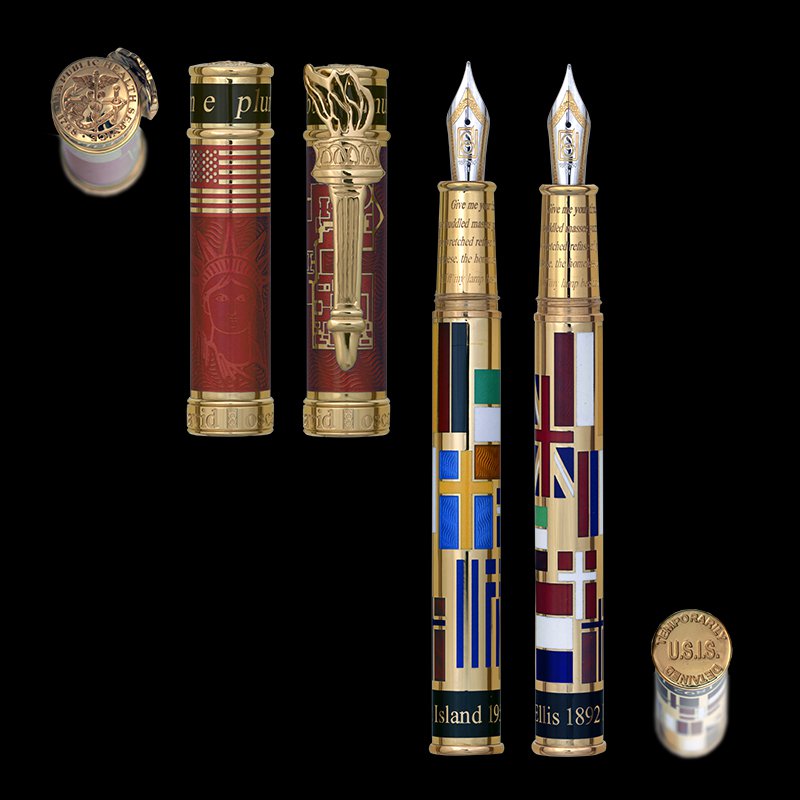 From 1892 to 1954, over 12 million immigrants passed through the portals at Ellis Island seeking freedom and the bright promise of opportunity in America. Some sought wealth and fortune; for others, the journey was made to escape war, drought, famine or religious persecution, but all who came shared the common hope for a better life in the new world.

Originally called Gull Island by the Mohegan Indians, this little piece of land just south of Manhattan was acquired by the Dutch in 1630 and renamed Oyster Island. During the 1760’s, it was known as Gibbet Island, named for the gibbet, or gallows tree, used to hang men convicted of piracy. During the Revolutionary War, New York merchant Samuel Ellis purchased the island and built a tavern on it to cater to local fishermen.

In 1808, the state of New York purchased Ellis Island for $10,000 and the US War Department paid the state to use the island for military fortifications and ammunition storage during the war of 1812. During the US Civil War, Ellis Island was used as a munitions arsenal for the Union Army.

After the Civil War, Ellis Island stood vacant until the US government decided to replace the New York immigration station at Castle Garden, which closed in 1890. Control of immigration was turned over to the federal government, and $75,000 was appropriated for construction of the first federal immigration station on Ellis Island. Artesian wells were dug and the island’s size was doubled to over six acres, with landfill created from incoming ships’ ballast and the excavation of subway tunnels in New York.

When the first great wave of immigration began in 1814, there was very little regulation, but by 1875, the United States began to deny entry to prostitutes and criminals; “lunatics” and “idiots” were also forbidden to enter the country.

The first Ellis Island Immigration Station officially opened on January 1, 1892 as three large ships waited to land. Seven hundred immigrants passed through Ellis Island that day, and nearly 450,000 followed over the course of that first year.

After an arduous sea voyage, immigrants were tagged with information from their ship’s registry, then waited in long lines for medical and legal inspections to determine if they were fit for entry into the United States.

Over the next five decades, until its closing in November, 1954, more than 12 million people passed through the island on their way into the United States. Today, 40 percent of all current U.S. citizens can trace at least one of their ancestors to Ellis Island.

The Ellis Island Limited Edition Collection stands as a tribute to the millions of immigrants who came to the United States seeking freedom and opportunity and who together built a great nation “out of many, one”.

Flags from countries with the greatest numbers of immigrants from 1892 to 1954 are displayed in high and low relief in guilloché and hot enamel. The American flag stands at the front of the cap in the forefront of the Statue of Liberty outlined underneath. The torch on the clip is a symbol of enlightenment, lighting the way to freedom along the path to liberty. The seal of Public Health adorns the top of the cap and a detention stamp is engraved at the bottom of the barrel.

The Ellis Island Collection is the 34th in the David Oscarson™ series of Limited Edition writing instruments and will be produced in three design variations; each limited to production of 62 pieces (including fountain pens and roller balls). Consistent with previous designs, the Ellis Island Collection is created by employing the expertise of Guilloché engraving and the artistic mastery of Hard Enamel.

The Ellis Island Collection will be produced in the following color variations: