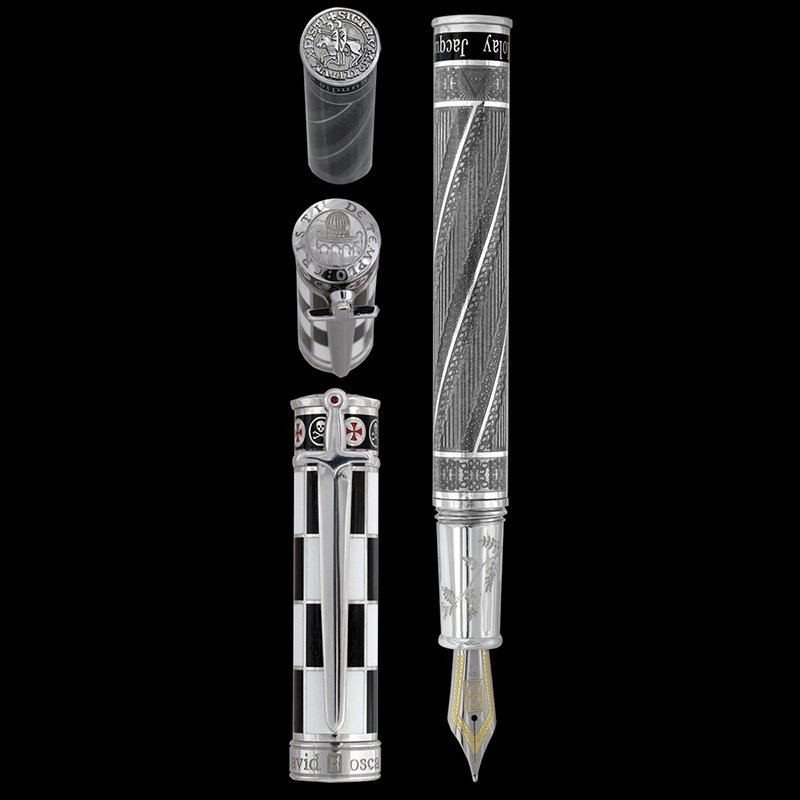 Statement of Jacques de Molay on March 14, 1314, the morning of the day he was slow-roasted at the stake by France’s King Philip IV and Pope Clement V:

“I think it only right that at so solemn a moment when my life has so little time to run I should reveal the deception which has been practiced and speak up for the truth.  Before heaven and earth and all of you here as my witnesses, I admit that I am guilty of the grossest iniquity.  But the iniquity is that I have lied in admitting the disgusting charges laid against the Order.  I declare, and I must declare, that the Order is innocent.  Its purity and saintliness are beyond question.  I have indeed confessed that the Order is guilty, but I have done so only to save myself from terrible tortures by saying what my enemies wished me to say.  Other knights who have retracted their confessions have been led to the stake, yet the thought of dying is not so awful that I shall confess to foul crimes which have never been committed.  Life is offered to me, but at the price of infamy.  At such a price, life is not worth having.  I do not grieve that I must die if life can be bought only by piling one lie upon another.”

On Friday the 13th of October, 1307, Grand Master Jacques de Molay of the Knights Templar, along with all locatable Templar Knights in France on that day, were arrested by Philip IV “the Fair” King of France.  King Philip owed more money to the Templars than he could ever repay in his lifetime and he needed more.  What better way to eradicate his debt than to discredit his creditors?  He manufactured evidence that the Templars were heretics, sent it on to Pope Clement V, and handed the Templars over to the French branch of the Church of Rome’s Inquisition.  Meanwhile, Philip the Fair raided the Templar treasury office in Paris only to find the cupboards were bare.

De Molay was interrogated and tortured by the Inquisition for six and a half years.  At the end he was offered a chance to make his confessions in public.  Instead, he said, in part, the preceding.

Usually, when we consider “making the ultimate sacrifice” we think in terms of simply giving up one’s life – usually on the battlefield.  Jacques de Molay gave his life for the integrity of his Brothers, when he could have saved it for his own benefit.  That to me is a far higher sacrifice than all.

By producing this breath-taking commemorative pen, David Oscarson has done a tremendous service for all those who honor de Molay.  May it always serve to remind us not only of the martyrdom of de Molay but also of our Founding Fathers’ prudence to include freedom of religion in our U.S. Constitution. – C.C. Reilly, MPS