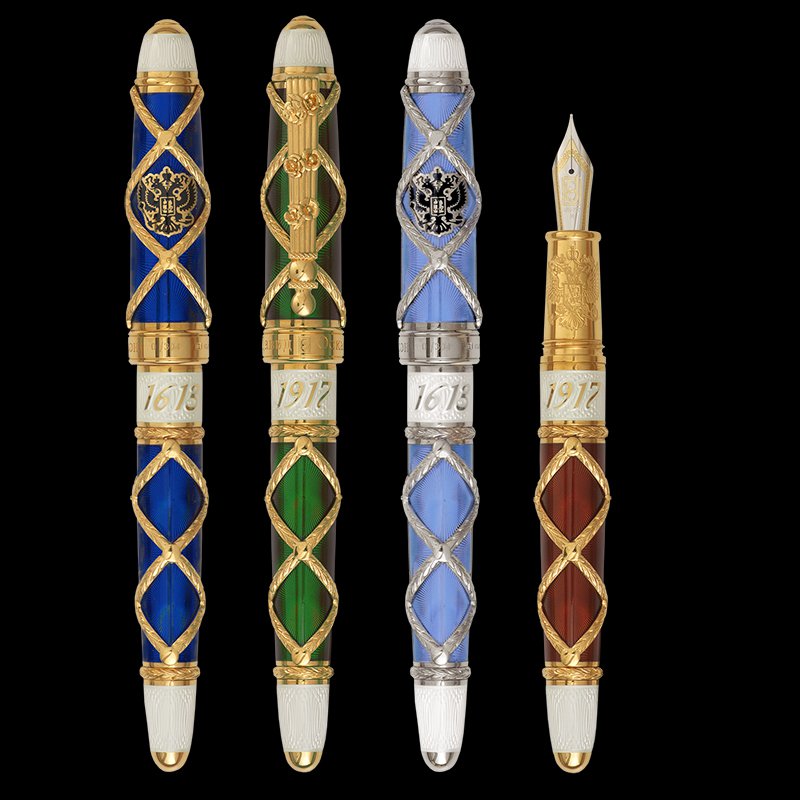 The Romanov family’s 304-year reign was accompanied by some of the world’s finest and most famous treasures, including the Imperial Eggs and countless objets d’art created by the artistic brilliance of Peter Carl Fabergé and his goldsmiths.

The Russian Imperial is the 28th in the David Oscarson™ series of Limited Edition Writing Instruments and marks the 100th anniversary of the Romanov family’s abdication from the throne. Produced in four primary color variations, each limited to an aggregate production of 304 pieces, the collection stands as a tribute to the unparalleled artistry and craftsmanship associated with the Romanov dynasty.

Cyrillic font encircles the cap ring and the entire body is finished in Hot Enamel.

The Russian Imperial Collection will be produced in 4 primary color variations: